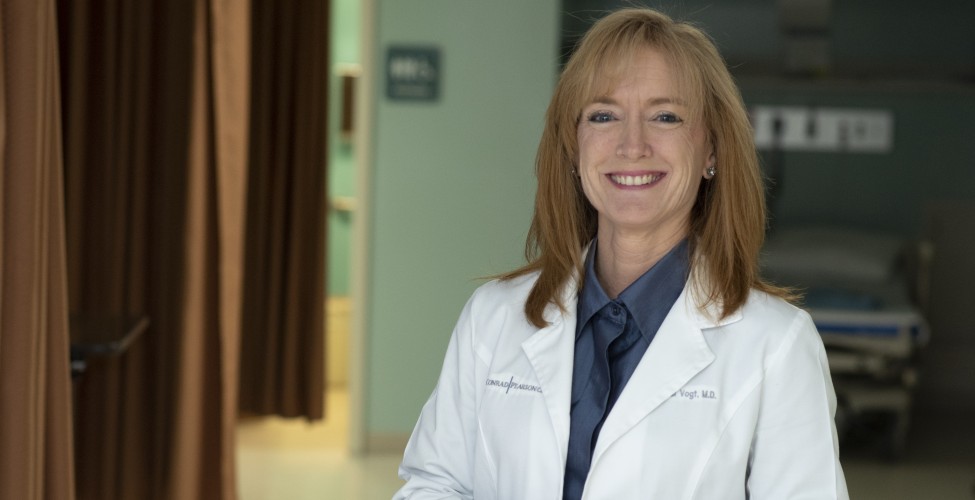 “I chose Urogynecology because I have a passion for caring for women and being able to have a positive impact on their daily lives through both surgical and non surgical treatments.”

Dr. Val Vogt has practiced urogynecology in Memphis for over 15 years. She attended medical school at Rush Medical College in Chicago, Illinois and completed her internship at University of Southern California in Los Angeles, California. She began specializing in Obstetrics and Gynecology during Residency Training at Rush Presbyterian Hospital in Chicago.. Following her specialized residency training program she completed a three year fellowship at at Indiana University/ Methodist Hospital in Indianapolis, the first accredited program in Female Pelvic Medicine and Reconstructive Surgery. Dr. Vogt moved to Memphis and held the position of Associate Professor at the University of Tennessee in Memphis. She has also been Clinical Associate Professor at Vanderbilt University in Nashville, Tennessee.

Dr. Vogt has held national positions with the American College of Surgeons, American College of Obstetricians and Gynecologists and the American Urogynecologic Society. In addition, she has been a Board examiner for the American Board of Obstetrics and Gynecology. She has performed clinical research and published numerous journal articles and book chapters in Urogynecology and Pelvic Reconstructive Surgery. She has been distinguished with the National Library of Medicine Local Legends Award. For more than 15 years she has had the honor of being selected by her peers in Best Doctors in America.

She has been married for over 30 years and has two children.